A GRAIN OF SAND

For six days, Shishya, an eight-year-old dark skinned boy, and his guru, Bapu, a white-bearded old man wearing a saffron robe, traveled through a barren land seeking for a place of rest. They reached a seaside village. At the marketplace, they found two men in ardent arguments. A crowd had gathered behind each man, each side rallying to his claim of the truth. Heated voices were raised. Clenched hands were waved. Neither side listened.

Bapu struck the end of his staff seven times on the ground. Then he turned around and walked out of the village. Shishya followed his guru.

They came upon a beach, where Bapu removed his sandals, sat cross-legged on the sand, and closed his eyes in meditation.

Shishya sat beside his guru, gazing out at the expanse of the ocean. For a long time, the boy said nothing. Then as the sun set toward the horizon, Shishya pulled on his guru’s robe. “Why were those two men arguing?”

Bapu opened his eyes. “Because they were divided by their faith.”

“And who is right? The first man? Or the second man?”

“Neither of them.” Saying this Bapu closed his eyes again in meditation.

Shishya sat thinking, gazing out onto the waters, trying to understand why if both men were wrong they argued as if they were right. When the sunset burned the horizon, the boy turned toward Bapu. He giggled, seeing how his guru’s long white hair and beard reflected the color from the setting sun, and how they had turned the same color as his robe. He pulled on his guru’s robe. “If neither of them is right, why do they fight?”

Bapu’s eyes, as warm as the sun, smiled upon the boy. “Because their minds are limited.”

“Take a handful of sand.”

Shishya scooped a handful of sand, white and dry and warm, fine particles sieving from between his fingers. He lifted his tiny hand up toward Bapu.

“Now look around you,” Bapu said. “How many handfuls of sand do you see on this beach?”

Shishya looked from one end of the beach to the other, craning his neck to take in the expanse of the shoreline that stretched as far as his eyes could see. “More than I can ever scoop in my lifetime.”

“Good boy, you are right.” Bapu touched the boy’s shoulder. “Now take a grain of sand on your fingertip.”

Shishya poked his fingertip into the handful of sand and lifted his finger close to his eyes. “It’s so tiny,” he said. “I can hardly see it.”

“Now look at the sunset. Imagine that grain of sand on your fingertip is our sun. Now, look around you. Tell me what you see.”

“There are so many sands, so many suns.”

“You are right, my good boy. There are more stars in our universe than all the sand on this earth.”

“My mind is too small for such idea.”

“No human mind can ever grasp such truth.”

Shishya lifted his hand, full of sand. “What about those two men?”

“Trying to define or understand God is like trying to grasp the mystery of all the stars in our universe. It is like an ant trying to understand the immensity of this earth. Yet it is in our human nature to seek for the truth. So those two men are simply seeking for the same end, yet they do not know they are simply on a different path toward the same end. Both think their way is the only way. It is like one ant going east, the other going west, both claiming their way is the only way to reach the end of the earth. Their ideas are simply smaller than a grain of sand.”

Shishya gazed at his lifted hand and watched how the grains of sand sieved from between his fingers, catching the warmth of the sunset, falling in soft spray toward the earth. 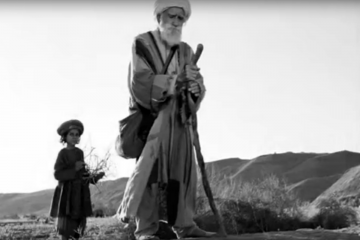 Bapu and Shishya (Part 0) – The Beginning of the Journey

THE BEGINNING OF THE JOURNEY A little boy sat on a rock that overlooked a verdant valley. The sun was rising. One side of the valley soaked up the sunlight as the darkness faded. The Read more… 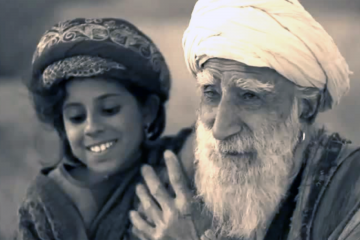 OUR DIVINE PARENTS Under the stars of a moonless night, deep in the forest, Shishya, an eight-year-old dark-skinned boy, sat facing a small lake. Next to him sat his master. “Bapu,” the boy said, pulling Read more…